May 17, 2021
Apache Karaf runtime 4.3.2 has been released and available on https://karaf.apache.org. You can have take a look on the Release Notes. Let's take a quick tour on this new Karaf release.

Karaf 4.3.x introduced both suppport of OSGi Spec R7 and json configuration support (in addition of the "regular" cfg/properties format). We identify an issue in the configuration json format: when the json contains an array, then it was always considered as updated. For instance, the following configuration: was considered as always updated. We can see in the log: The root cause of the problem is that we compared "old" configuration (as a map) with the "new" one. To do that, we use Map.equals(). Map.equals() doesn't work when the value type is array, as an array's equals() method compares identity and not the contents of the array. So, equals directly on array compare "instance", not values. In our case, we want to check the array values are the same. So, we change the comparison method using deep compare on map values. It's what I fixed in Karaf 4.3.2. Regarding configuration (both cfg or json), we also added support of R7 factory style. In OSGi R7, a new factory PID has been introduced using the ~ char. It means you can now use configuration factory with both - or ~. Before Karaf 4.3.1, only configuration factory format was R6 like, meaning factoryPid-pid, so, a corresponding configuration file looks like etc/my.factory-pid.cfg. Now, you can use the R7 "format", meaning etc/my.factory~pid.cfg. Karaf 4.3.2 supports both.

We did two improvements about security. First, we decided to comment the default karaf user in etc/users.properties. The purpose is to "force" user to enable the karaf user (and probably change the password). So, basically, etc/users.properties now looks like: If you want to enable the karaf user (as before) (with karaf as password), you just have to uncomment these two lines. I recommend to change the default password: Another security improvement is about the Karaf SSHd server. By default, when you connect to the SSHd server for the first time, Karaf generates etc/host.key file. This file was generated to read and write permissions for everyone. In order to be more secure, Karaf 4.3.2 generated this file with read and write permissions only for the owner (basically the user launching the karaf process).

JMX, shell and other minor fixes

Since Karaf 4.3.1, Karaf doesn't set JVM com.sun.management.jmxremote. The problem is that this property is mandatory for the RMI stub, and prevent "direct" use of clients like jconsole or jvisualvm. Karaf 4.3.2 fixes that by reading rmiServerHost from etc/org.apache.karaf.management.cfg configuration file, and set the property then. We also did some fixes and improvements in the shell and more:

Popular posts from this blog 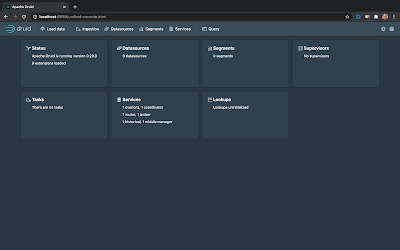 In this blog post, I will show how to extend the Karaf Decanter as log and metrics collection with storage and analytic powered by Apache Druid. The idea is to collect machine metrics (using Decanter OSHI collector for instance), send to a Kafka broker and aggregate and analyze the metrics on Druid. Apache Kafka We can ingest data in Apache Druid using several channels (in streaming mode or batch mode). For this blog post, I will use streaming mode with Apache Kafka. For the purpose of the blog, I will simply start a zookeeper: $ bin/zookeeper-server-start.sh config/zookeeper.properties and kafka 2.6.1 broker: $ bin/kafka-server-start.sh config/server.properties ... [2021-01-19 14:57:26,528] INFO [KafkaServer id=0] started (kafka.server.KafkaServer) I'm create a decanter topic where we gonna send the metrics: $ bin/kafka-topics.sh --bootstrap-server localhost:9092 --create --topic decanter --partitions 2 $ bin/kafka-topics.sh --bootstrap-server localhost:9092 -
Read more 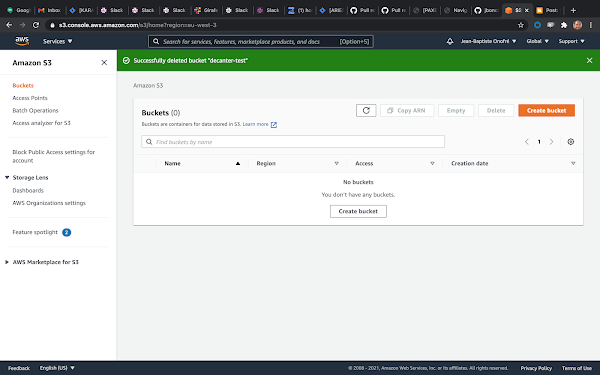