Getting started with Apache Karaf Minho 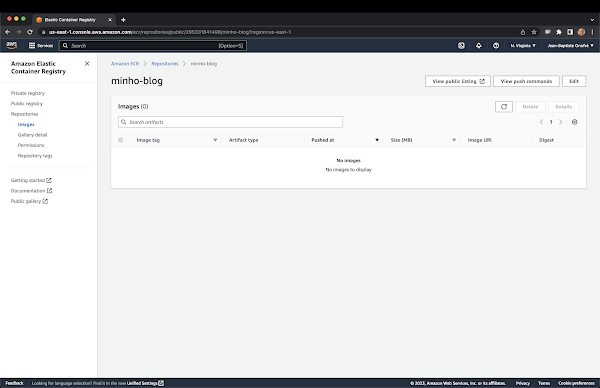 Apache Karaf Minho Apache Karaf Minho is a new runtime, completely created from scratch. The objectives are: super easy to use and run ligtning fast, including GraalVM support Kubernetes compliant to be easily used on the cloud helping to optimize cloud costs by supporting applications colocation providing turnkey services allowing you to create Minho applications in a minute Minho is composed by: minho-boot is the core of Minho. It contains the runtime launcher and the core services (service registry, lifecycle service, configuration service, ...). minho-* services provided additional functionnalities in the runtime. You can use these services to create your own services, it's also where you will find the services managing sepcific kind of applications, allowing colocation. minho-tooling optionally provide convenient tools to create your own runtime. It includes minho-maven-plugin for instance. In this blog post, we will take a quick tour on A
Post a Comment
Read more

January 13, 2023
Apache Karaf OSGi runtime 4.4.3 has just been released. Let's take a quick look on the main highlights ;) You can download Karaf here: https://karaf.apache.org/download.html . The full release notes are available here: https://issues.apache.org/jira/secure/ReleaseNote.jspa?projectId=12311140&version=12352267 . Fix threads leak in karaf-maven-plugin:verify The karaf-maven-plugin provides a convenient goal to verify Karaf features. It's simple way to verify that features: are complete, with all requirements resolved reference valid other features can be installed on a runtime without issue Karaf itself (and its subprojects) is using karaf-maven-plugin:verify to verify its own features. You can easily use the verify goal in your project, like this in your pom.xml : <plugin> <groupId>org.apache.karaf.tooling</groupId> <artifactId>karaf-maven-plugin</artifactId> <
Post a Comment
Read more

Apache Karaf runtime 4.4.0 has been released!

April 25, 2022
Apache Karaf runtime 4.4.0 has been released, and it's a new milestone on the Karaf runtime roadmap. We change the major version numbering when significant changes and updates are including in a release. It's the case for 4.4.0, starting the 4.4.x series. Let's take a quick tour on Karaf 4.4.x. OSGi R8 Karaf 4.4.x is now powered by OSGi R8 specification. It means that Felix Framework and Equinox have been upgraded to support this OSGi release: Apache Felix Framework 7.0.3 Equinox 3.17.200 Karaf 4.4.x also doesn't use OSGi compendium artifact anymore: it now uses artifacts for each "atomic" service bundles. It's much more flexible, installing exactly the required bundle instead of having systematically the "uber" compendium bundle. OSGi R8 core doesn't bring big changes in the Karaf context, but two additions are interesting though: Condition service: in OSGi, a condition is simply a component, that registers the marke
Post a Comment
Read more
More posts